A never-ending journey of fulfillment: learning a new language

There are few things in life that offer such joys, wonder and bewilderment, as learning a language. For example, I may puzzle over why I didn’t just write –s on ‘wonder’ above, though I did write ‘joys’. The countable-uncountable distinction in English is something that we may never fully comprehend, regardless of how, when and where we have learned English. But when we talk to one another, such minor issues disappear just as quickly as they appear to us – I am much more interested in learning how you are than whether I used a noun correctly!

Using language is how we learn about one another and ourselves, it is thus a journey of self-discovery as much as a journey to discover different cultures and ways of conceiving the world. Learning French, Spanish or Korean will teach us how people talk about the same things differently, thus expanding our understanding of the world. But more often we learn that people and languages are more similar than they are different – most people will greet each other and mention something about the weather rather than about the developments in space technology. Language is thus our bridge to enjoying life in the company of others who speak a different tongue.

It was often thought that learning languages was the privilege of the wealthy: For example, a knowledge of French and German was considered essential for the young British aristocrat. It is true that speaking foreign languages helps us in our careers, and may even help one move up or retain a place in a social hierarchy. However, these days we know more about globalization and people movement, about cultures that intersect and become displaced, of permeable national borders, such as in the European Union. Two-thirds of the world’s people are believed to speak more than one language on a regular basis. Being bilingual or multilingual is now regarded as the more ‘natural’ human condition; we were not born to be monolingual, many of us just happened to grow up in societies that encouraged it.

Learning languages also helps empower the mind. Learning a language is a kind of mental training, just like athletics trains the body. As a result we get faster, more flexible brains, which are more open to possibilities. Learning a language thus keeps our brains younger, and helps us to fully experience life itself. At the Foreign Language Education Centre, we aim to help in every way we can to help you learn and enjoy languages! 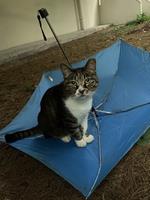